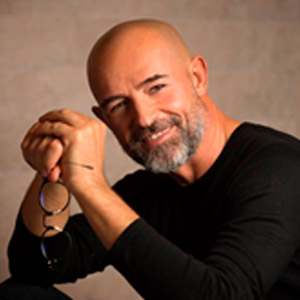 Born in Zagreb and raised in a family were both parents were medical doctors, prim. dr. Glumičić decided on a medical career in his early childhood.

After finishing secondary education in Boston (Massachusetts, USA), he enrolled in the University of Zagreb, School of Medicine, from which he graduated in 1988 as the youngest medical doctor in Europe. After graduating from medical school, he went to the US, where he spent a year as a visiting physican in the field of plastic and reconstructive surgery at the Massachusetts General Hospital Clinic for Plastic Surgery, as well as the private institution for aesthetic surgery Boston Cosmetic Surgery Centre.

In 1992 prim. dr. Glumičić became the head of the Centre for Aesthetic Surgery in Rogaška Slatina, Slovenia.

In 1994 he opened a private surgical practice in Zagreb, which has transformed into specialised state of the art AESTHETIC SURGERY CENTER ‘Glumičić Medical Group’ in 1996.

In the last 25 years of practice, prim. dr. Glumičić and his team have operated on more then 10 000 patients and with each new year they try to give the very best of their service, knowledge and capabilities to their new prospective patients.

He is the member od Ars Medica team since 2019. 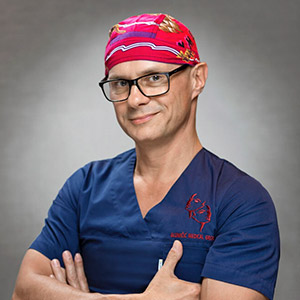 Professor Dr. Budi graduated in medicine in Zagreb in 1989 and completed his specialization from Plastic and Reconstructive Surgery in 1998 after completing his specialization in General Surgery. After his specialization in Zagreb, he goes to further specialist training in Zurich, Switzerland, then Vogtareuth, Germany, and Insbruck, Austria. He is an executive trainer for MESOTRAX lifting and thread, and a lecturer at the Medical Faculty in Zagreb.

Prof. dr. Budi is one of the largest authorities in the region from VASER – liposuction and body sculpture. He is a regular member of CRPRAS (Croatian Society for Plastic, Reconstructive and Aesthetic surgery), ISAPS (International Society of Aesthetic Plastic Surgery), ESPRAS (European Society of Plastic, Reconstructive and Aesthetic Surgery), as well as numerous other professional associations.